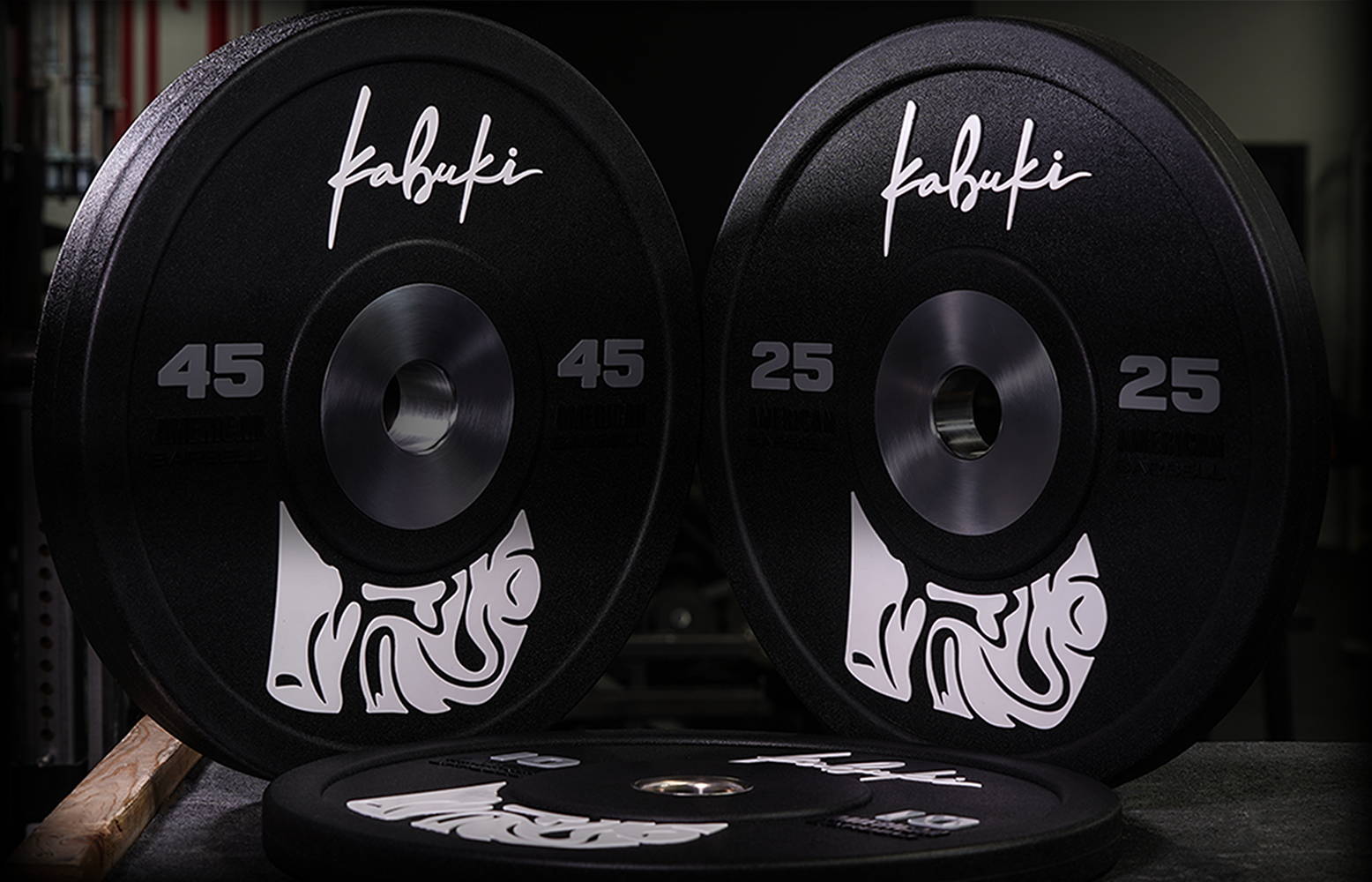 HAVE YOU EVER SEEN A MORE BEAUTIFUL BUMPER? NEITHER HAVE WE.

Setting the standard- why Urethane?

A Better Bumper Plate: Why Urethane?

Our quest to bring a superior bumper plate to the market led us to join forces with American Barbell, the industry’s premier manufacturer of urethane bumper plates. Not all bumpers are created equal—between rubber and urethane options, urethane bumper plates have truly been a game-changing addition to the strength equipment industry. Here’s a quick breakdown of why material matters when it comes to stocking your gym with bumper plates:

Numbers don’t lie. While the majority of bumper plates are tested to hold up to 5,000 drops, American Barbell’s urethane plates have been tested to 55,000 drops with little to no sign of wear. If you’re looking to outfit your facility with a bumper that will withstand a high amount of use year after year, there’s really no competition between rubber and urethane. Urethane will stand up to drop after drop, meaning you won’t be looking for replacement plates anytime soon. If you want your dollar to stretch further, urethane is your bumper of choice.

Between urethane and rubber bumper plates, the award for plates with the lowest bounce goes to urethane. Urethane's high durometer rating means it will produce a lower bounce when dropped. Bounce reduction is a big deal--a loaded barbell rebounding high in the air has the potential to quickly turn into a hazard to lifter and equipment alike, particularly in cramped training spaces. Choosing a bumper with minimized bounce will help keep loaded barbells contained to the platform, whatever movements are in your training program.

Looking to use bumpers for squatting or deadlifting? Urethane bumpers measure narrower than most of their rubber counterparts. This makes a difference when you want to hit 3 or 4-plate lifts.

Building your dream gym? Filling it with equipment that looks as good as it functions is the goal. Luckily, urethane presents big advantages when it comes to bumper plate aesthetics. We wouldn’t have been able to bring the Kabuki Signature Bumper’s design to market without the molding options made possible via urethane use. The only way to achieve a two-toned rubber plate is by applying paint to the plate’s surface, which quickly wears down—and sometimes completely off—with use. By contrast, urethane’s superior potential for molding techniques makes it the perfect choice for manufacturing two-toned bumper plates. This advantage allows American Barbell to precision-mold Kabuki’s signature and squat face iconography, resulting in a for a eye-catching, high-contrast appearance that won’t deteriorate with use. Good looks that last? We call that a strength equipment win. 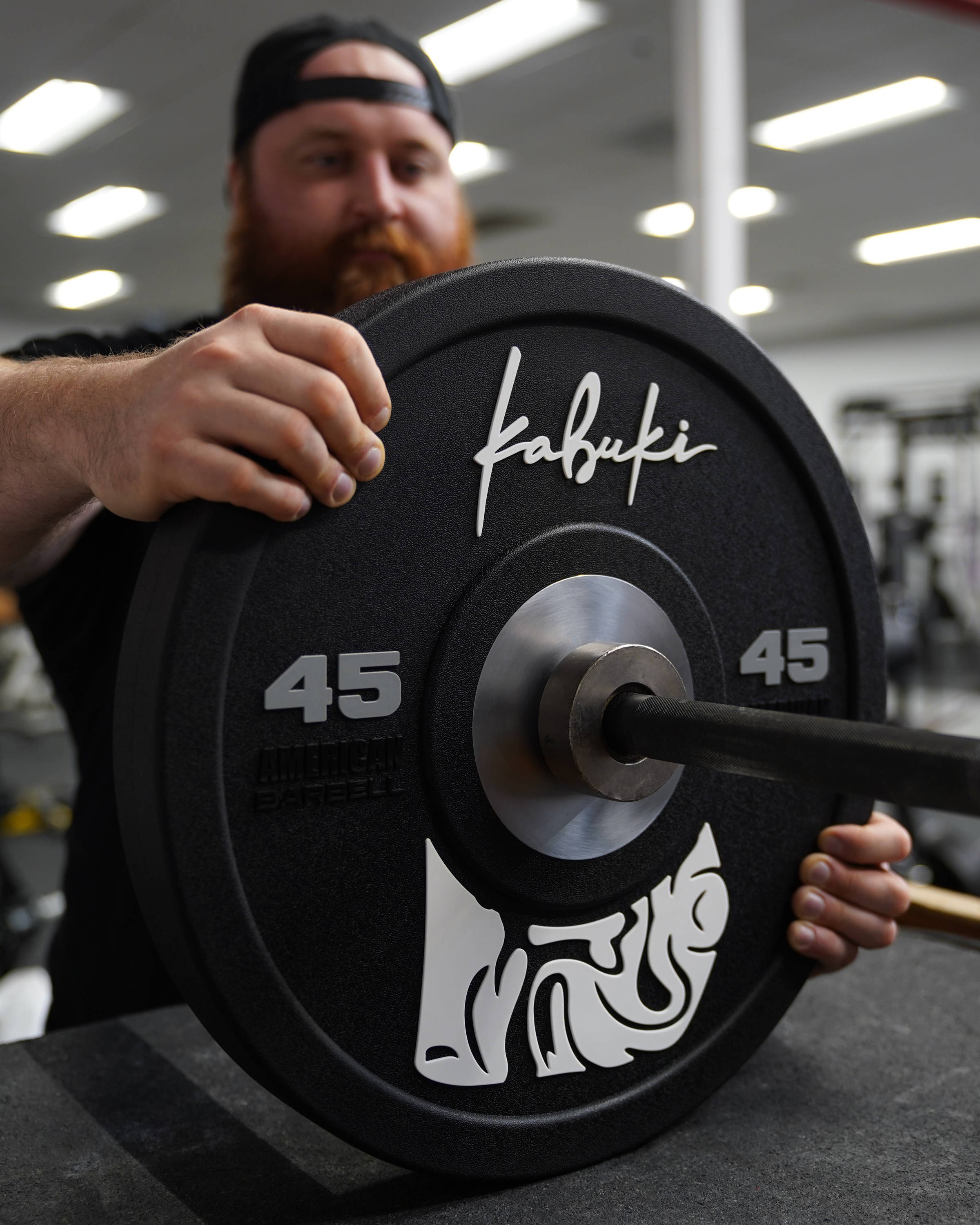 Made of the highest-grade German urethane, these bumper plates sport the iconic Kabuki squat face and signature branding molded onto an eye-pleasing, high-contrast plate surface. 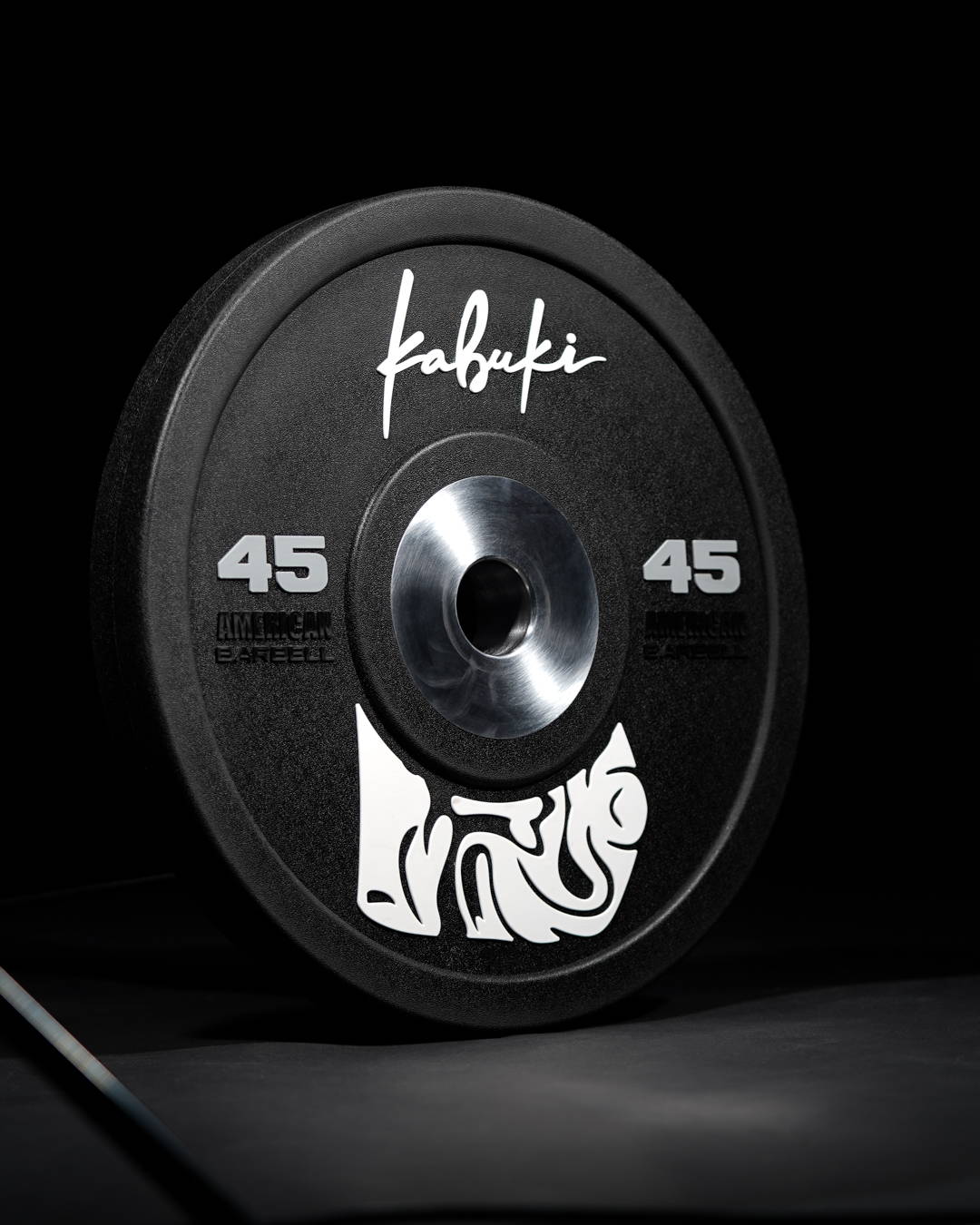 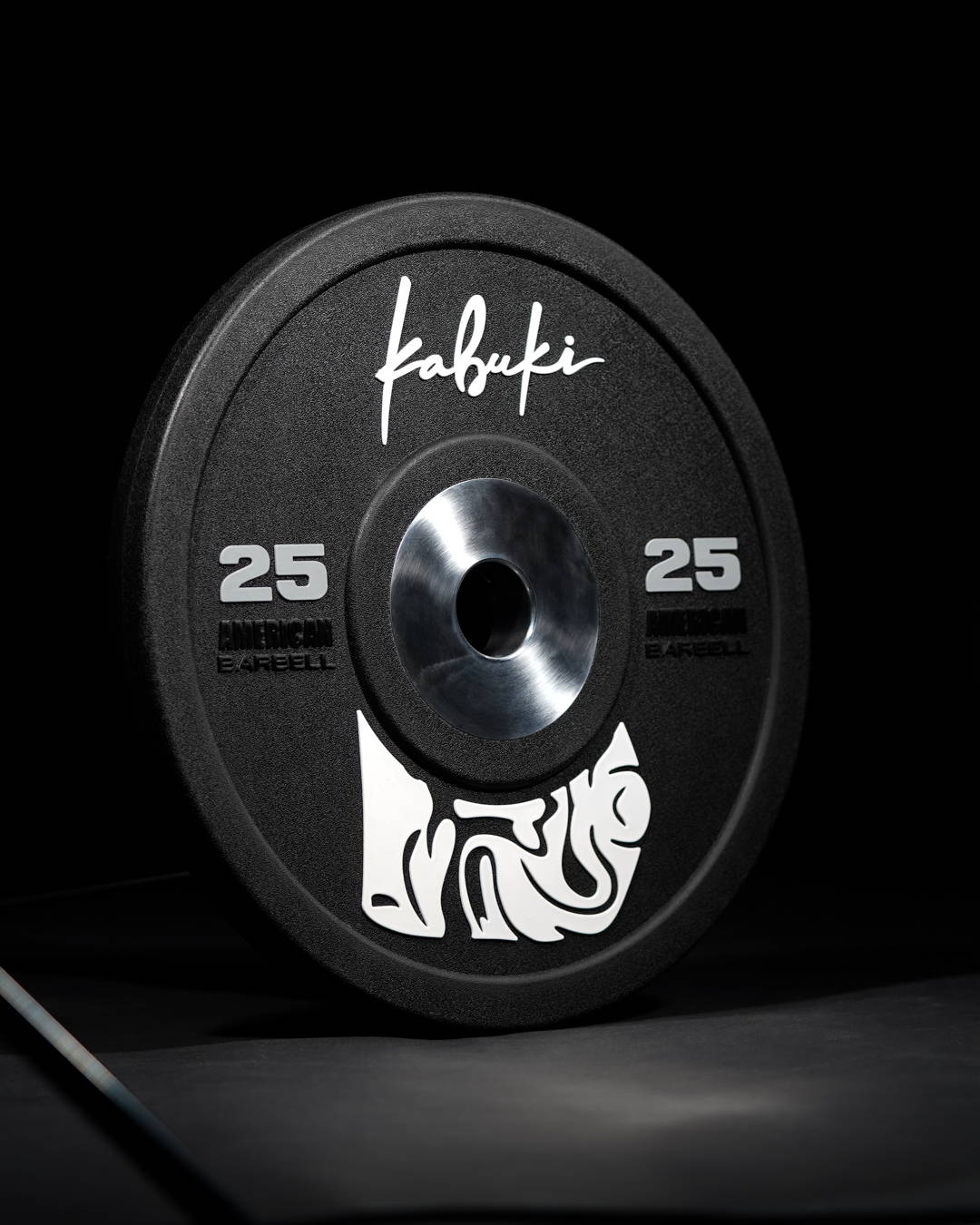 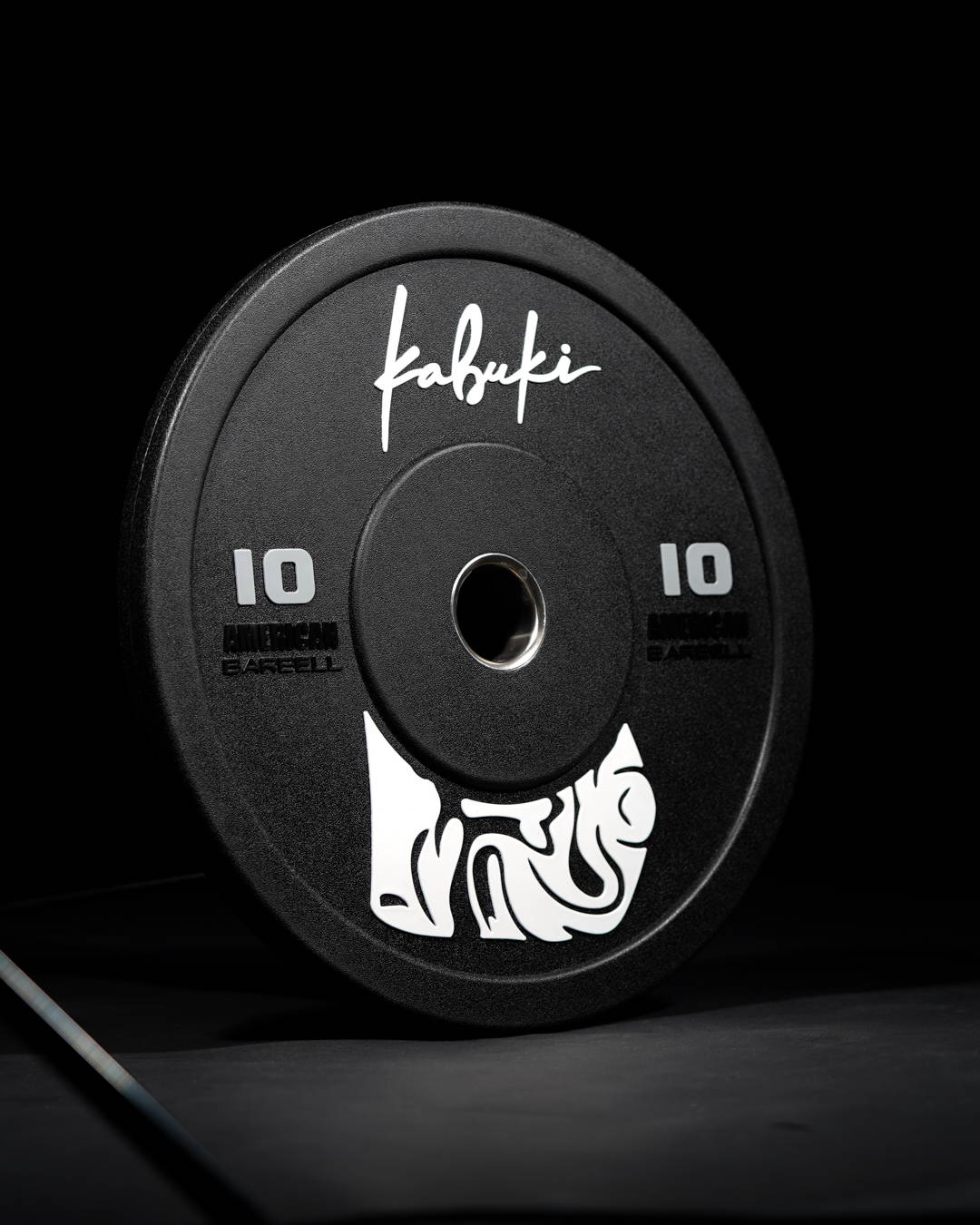 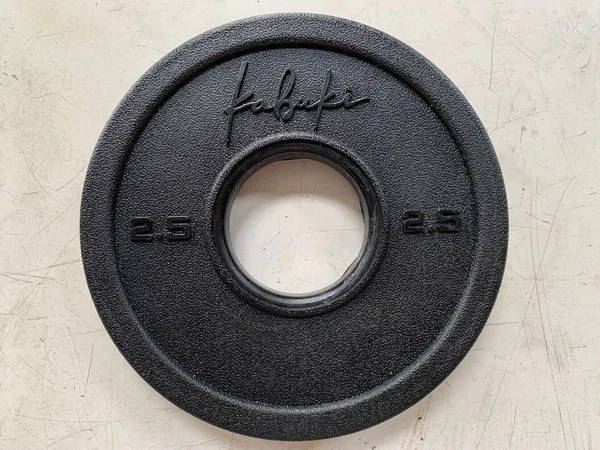 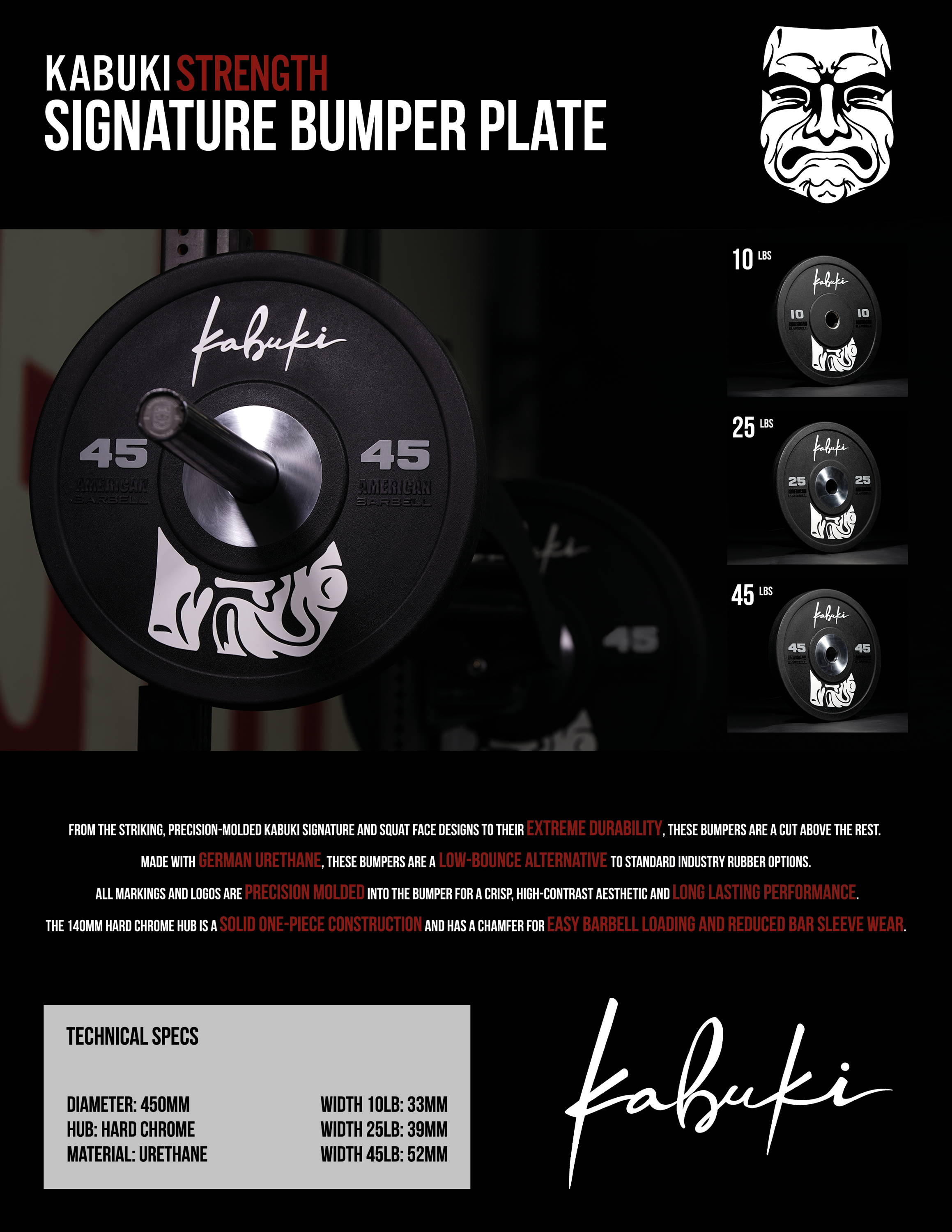 Q: Are these made in the USA?

A: They are not. As with most bumpers, they are made in Asia.

Q: Will these come in pairs or just a single?

A: Plates will always come in pairs.

Q: What width are these plates?

Q: Will these plates be offered in kg?

A: The first runs of bumpers will only be in pounds. However, if we have enough interest, kilos may be an option later in 2022.

A: These plates will be within IWF specifications, like our previous bumpers.

As always, no 35 lb plates #justsayno