Vertical and horizontal flywheel training in

a single, stunning piece of hardware made

here in the Pacific Northwest. 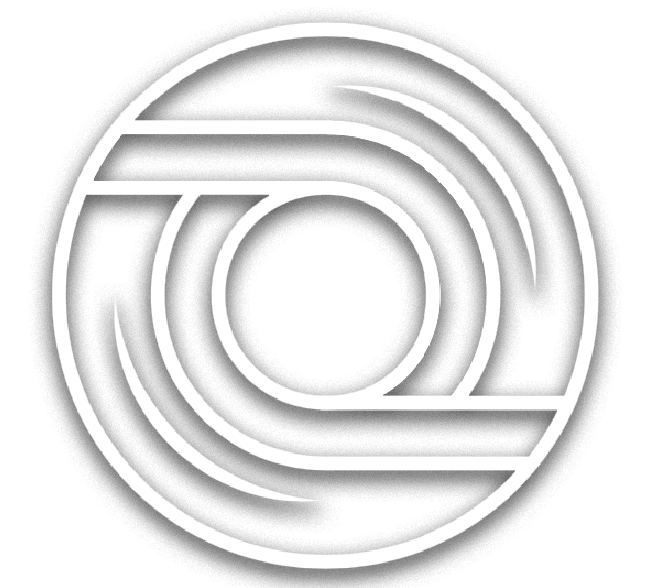 Vertical and horizontal flywheel training in a single, stunning piece of hardware made at home in the Pacific Northwest.

"Spin baby, spin. Kabuki rolls a strike with Kratos, bringing eccentric training to the masses with a flywheel that combines vertical and horizontal movement in one gorgeous, American-made unit."

Kratos is a world-class flywheel training system that puts a new spin on getting stronger.

Pay over 6-18m or in 4 simple installments

The Kratos is different than anything we’ve done before. At first glance it might look complex, but at its core the Kratos generates its training effect through one of the most basic laws that govern the physical universe. In classic physics, Issac Newton’s first law tells us that an object in motion tends to stay in motion, unless acted upon by an outside force.

YOU are that outside force, and in this case the object is a rotating mass called a flywheel. Effort exerted by the athlete *into* the flywheel is stored as potential mechanical energy and immediately released back. Because resistance isn’t determined by a predetermined weight but rather by effort, this allows for a variety of different use cases and applications you can read more about below.

The Kratos is unique as an inertial/eccentric training device due its patent pending design that allows for both horizontal and vertical training in a single, compact unit with a large, non-elevated base.

Berch bas measuring 48" x 34", the Kratos base is the largest of any flywheel device without sacrificing portability and compactness. Perhaps even more impressive than this is it's CNC milled solid birch base, stained a gorgeous reddish-brown that complements the modern space.

Kratos includes a wall mount or standard 3" rack mount option for horizontal training. The wall mount securely fastens to studs or any other stable vertical surface. If you want to use a a power rack with standard 3" tube and 2" hole spacing, choose the optional rack mount bracket.

Berch bas measuring 48" x 34", the Kratos base is the largest of any flywheel device without sacrificing portability and compactness. Perhaps even more impressive than this is it's CNC milled solid birch base, stained a gorgeous reddish-brown that complements the modern space.

Watch the video to learn more about Kratos use and application from our VP of Athlete Experience Brandon Senn. For more information or product education, reach out to coaching@kabukistrength.com

There are many pathways and strategies for stimulating muscle hypertrophy. Of them, mechanical tension, total volume, and metabolic stress are the primary catalysts. The Kratos excels at stimulating metabolic stress under high mechanic tension making it an unconventional yet effective tool for hypertrophy training. The Kratos may be used as a standalone device however it can be a formidable 1:2 punch when combined with traditional barbell, dumbbell or machine training. Traditional methods of training emphasize concentric muscle load to produce an overloading hypertrophy stimulus whereas the Kratos provides an overloading eccentric muscle load. Combining these two types of muscle loads will provide a much greater stimulus than if you were to target a single type.

When it comes to exercise intervention during rehab and recovery scaling load is one of the first variables strength coaches and clinical experts will adjust. A unique advantage the Kratos has is letting the user adjust load based on effort and how challenging they feel the stimulus is. This is more of an agile approach to scaling exercise load than traditional fixed training implements such as barbells and dumbbells. Specific case studies involving lower back injuries show benefit of the Kratos to re-introduce load by limiting the total axial force through the spine. Other unique strategies include reintroducing load to tendons without relying on excessive amounts of concentric muscular action. Because the Kratos overloads the eccentric portion of movement users are able to target connective tissues post injury with much higher eccentric loading than would be possible with barbells, machines, or dumbbells.

One unique application of the Kratos is in grappling sports such as wrestling, and the various subdivisions of MMA. Combat sports require athletes to resist movement of an opponent. At the physiological level this movement resistance is translated as isometric/eccentric muscle load. Resisting the force of an opponent can be simulated on the Kratos through the overloading action of the flywheel. In practical terms the stored energy in the flywheel feels like a constant force pulling on your body while you are performing exercises. This is far different than a standard cable machine or free weight implement where the load is static.

An emerging area of study for eccentric overload training is teaching movement deceleration. Deceleration is a primary component to agility and change of direction for field sport athletes. The Kratos may also influence post activation potentiation (PAP) by providing a significant neural response during eccentric overload. Overloading this phase of movement may prime the nervous system before jumping, bounding, or doing other explosive type exercises. This neural priming allows users to express greater power output when external load is removed.

The ability to change the intensity of the Kratos without having to switch between different machines, bars, or weights makes it a perfect candidate for applying time under tension training techniques. By using variable load management, you can effectively perform very hard total body exercises over a longer period of time. To do this with traditional implements you would need to combine different dumbbells, bars, or machines to effectively scale load. The benefit of the Kratos is the ability to sustain continuous work without taking time to transition to different implements or weights. This will lead to higher training density which should be a primary goal of anyone who wants to improve their conditioning. Greater training density ultimately means your time in the gym will be spent efficiently.

Easy, but hard to use. You know what we mean.

The opportunities are endless. In this video, Kabuki Strength's Chris Duffin goes over common uses, function, and setup of the Kratos unit.

"After watching the videos above, I understood the uses and benefits of a Kratos Flywheel and decided to buy one for myself."

The most versatile accessory you'll own

Effort In = Effort Out

How hard can you push it?

Accessories included, and it's the good stuff.

Choose from a belt squat belt or front squat harness, included with your order. And did we mention we're throwing in a free pair of Angles 90 grips? 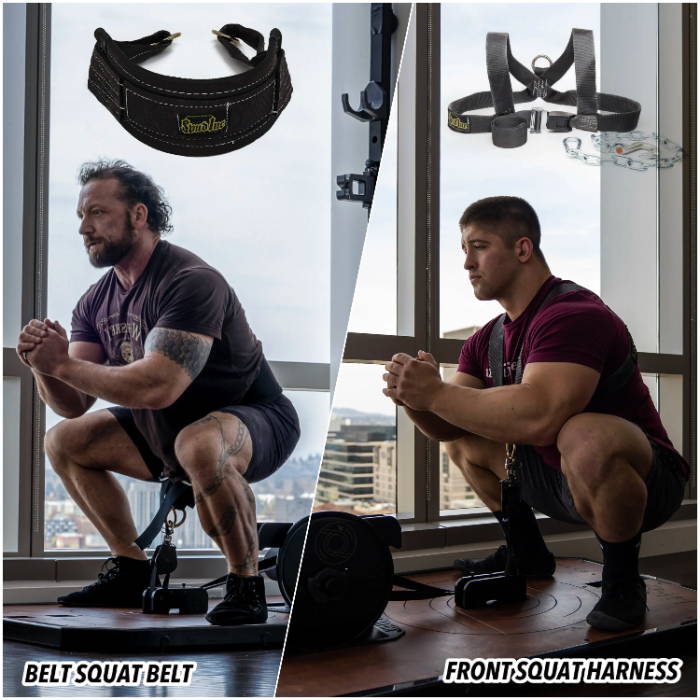 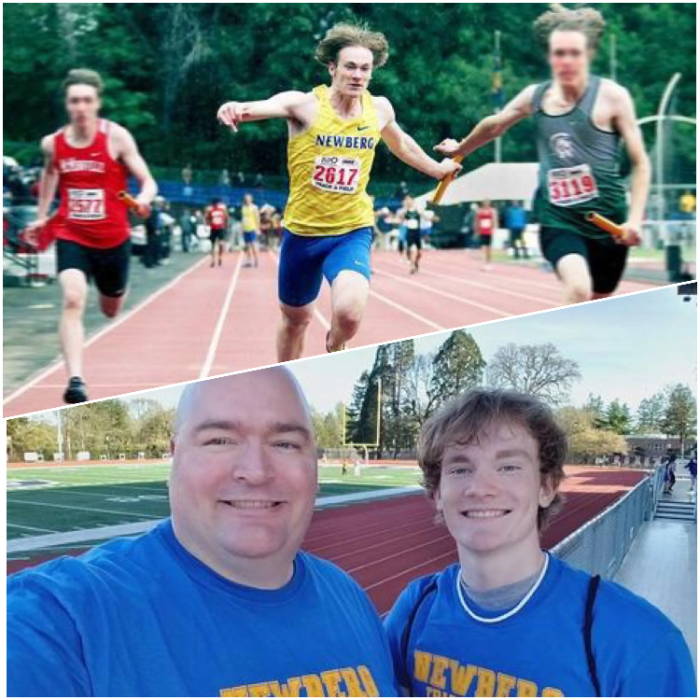 "Be blinded by your own ambitions."

A father and engineer inspired to help his son heal from injury consistently shared these words of wisdom with him during his time off track. Learn more about how Kratos came to be and how Kabuki Strength partnered with local inventors to further a joint vision of making the world a better place through strength.

Common questions on proper use and training methodology. Do you have a specific question? To submit a question or view previously answered customer questions, go to the Q&A section on the Kratos add to cart page.

What is the difference between the Kratos and other flywheel training devices?

While there are many popular flywheels on the market, the Kratos is the only flywheel that integrates vertical (base) and horizontal (wall or rack) training options in a single unit with easy transition between training vectors via modular anchor points on both axes. It is also the only unit of its kind to include a large, non-elevated base (48" x 34") and a modular vertical post in a compact, mobile unit.

These potent combinations allows for ease of use, greater flexibility in application, and a much larger exercise variety that can be performed than other, significantly more expensive flywheel units

Each Kratos unit includes the following. Please note options and make your selection when adding the product to your cart.

More details about what is included in-box and with your order can be found on the Kratos add to cart page.

What is the maxIMUM force/weight I can achieve?

The max force you can achieve on the Kratos is completely dependent on how much force you can put into the flywheel. How much force you produce is the force that will be delivered back to you. Flywheels can theoretically generate infinite forces, and are restricted only by physics and material limitations.

What is the difference between the medium and large flywheel?

You can purchase additional flywheels for Kratos here.

What are some common ways to incorporate Kratos flywheel training into a strength program?

Is the Kratos a substitute for traditional barbeLl training

Should I always be generating maximum force when training with the Kratos?

No you should not always generate maximum force. You should vary your effort based on the intended outcome of your training plan.

Are there any programming or coaching options for Kratos?

Upon purchase you will be sent a starter exercise index to teach you different movements. Comprehensive Coaching Services are available from our experienced strength coaches.

Where is Kratos manufactured?

The Kratos is manufactured in Portland, Oregon.

Will Kratos be compatible with my rack?

The rack-mount option for Kratos fits most standard racks with the following characteristics.

An object in motion tends to stay in motion.

Unless acted upon by an outside force.

Be that outside force. 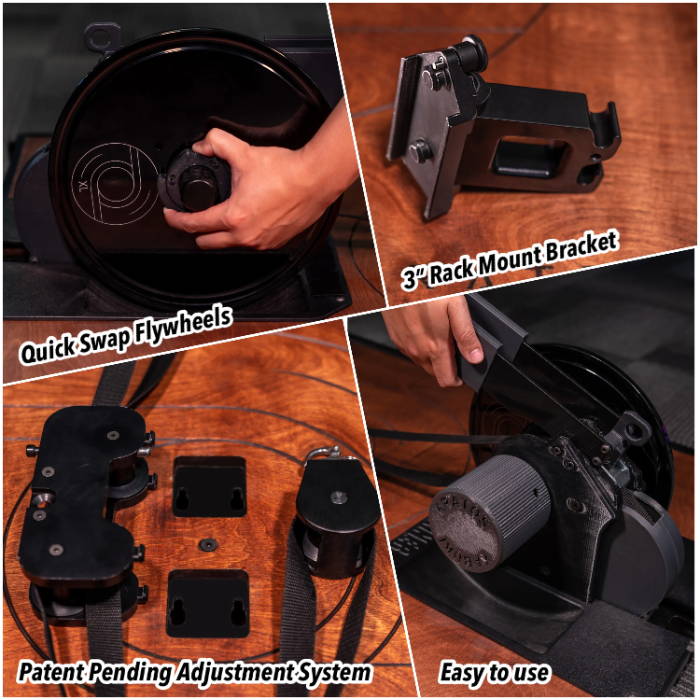 Expand your Kratos movement and training options with accessories by the best in the game.