Using Your Body's Mobility and Stability Mechanisms to Drive Performance

As a performance guy, I absolutely hate the ‘traction control’ button that they put in a number of vehicles today. If you aren't aware of what this button does, it operates by detuning the engine and, in some cases, the transmission. By retarding the engine timing to reduce its output and slowing the shift patterns, it effectively improves the traction but really no more than if you purposely stepped on the gas pedal a little softer and with better control. With less power, the detuned powertrain has less chance of losing control on an unstable surface and causing you to crash and injure yourself.

Your body has the exact same mechanisms in place. When you lack stability, your body detunes its reaction to prevent you from injuring yourself. This is the primary reason why training with a Bosu ball or squatting in squishy tennis shoes is counterproductive. With a detuned body, you simply can’t work as hard as you want to or fire and engage your muscles properly. It's also the reason why my coaching cues help people realize immediate improvements in their lifts when implemented properly.

If you don’t have a properly stabilized core with proper intra-abdominal pressurization (IAP), this down-regulation is in place. Your traction control button is on. Another button is proper joint centration. If your positioning or tight muscles are pulling the joint to one side of the socket, it will down-regulate your central nervous system firing as well. In practice, this looks like a movement pattern-based, warm-up drill. I have several examples on my YouTube channel and further examples will be covered in depth in the  Duffin Movement Series (DMS). 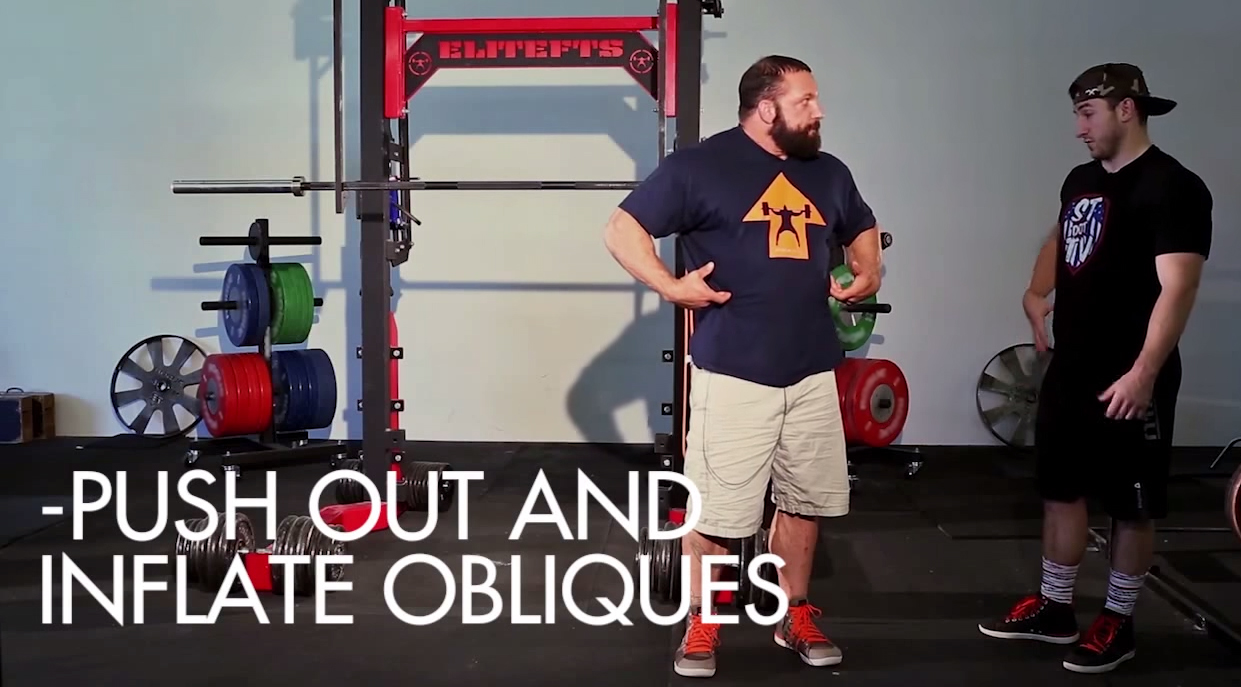 If you're training squats, you would do some movements that require transferring power through the hip joint with a stabilized core. You would do these with proper IAP as a warm up. You would focus on ensuring that the prime movers such as the glutes are firing properly, and you would practice the cues to engage properly such as ‘rooting’ to the floor, as discussed in many of my videos. The movement selection or cueing of the movement will help with achieving proper joint centration and connecting the muscles with the properly pressurized core. Some examples are goblet squats, rear leg elevated split squats, single leg deadlifts and hip side shifts performed before squatting, as shown in one of my videos.

This movement-based approach teaches the body to turn on properly and lets the central nervous system know that it doesn’t need to down-regulate—as long as you keep proper positioning and IAP while moving to the core, heavy lift. It also gets you warmed up and ready to begin training. It's an efficient training approach because it takes 5–10 minutes, and when you're finished, you're already in the process of being warmed up physically and mentally.

If any mobility work is needed, it is only targeting non-movers in the lift that allow proper positioning such as shoulders and pecs prior to squatting and thoracic extension and scapular retraction prior to benching or opening the subscap prior to deadlifting. Notice that the prime movers aren't stretched or rolled out before lifting.

Think about a pair of knee wraps. You don't want to stretch them until they don't have any tension left and then roll them up loosely around your knee. You want active tension. But also the lack of stability or IAP will result in a tightening of the muscles around affected joints not connected positively to the core. This is the same down-regulation, the same self-protective measures, that the body uses to protect itself. 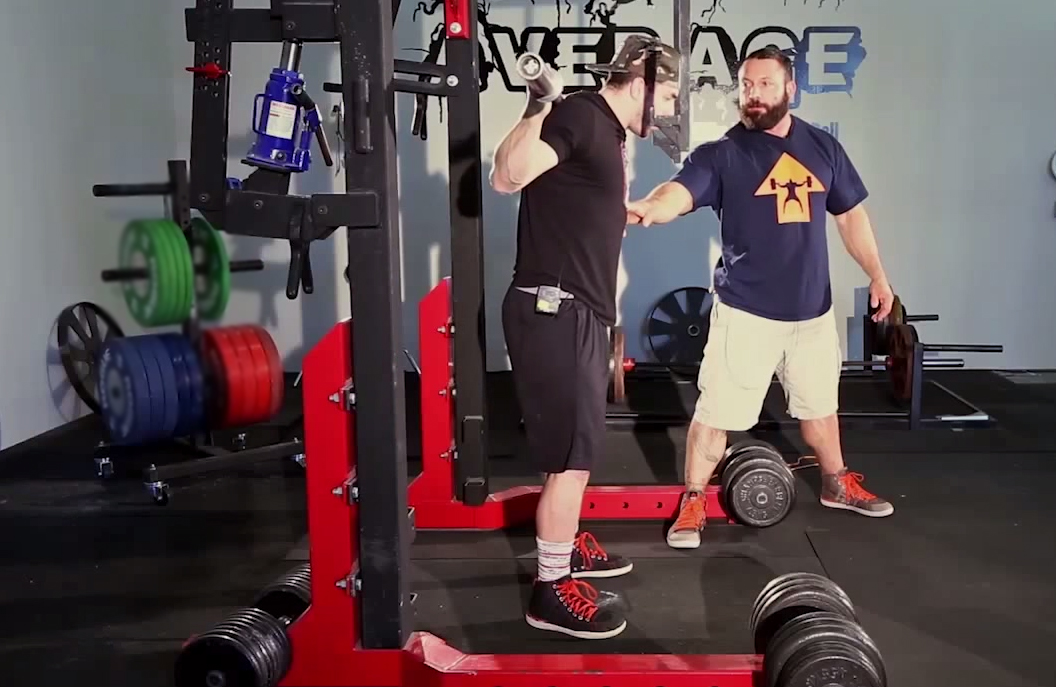 This means that while doing the movement-based stabilization drills, you'll improve mobility without "stretching." I demonstrate this all the time in the gym by taking someone who can’t come close to touching his toes or hitting a squat to depth without her pelvis pulling under. I school them on correcting their IAP and walk through some stabilization drills. Like magic and without stretching once, they can touch their toes or hit a squat to depth without any anterior pelvic tilt. You could also just knock them out and find that all of a sudden they can move through the full range of motion without any restrictions, but you might lose your job or go to jail for the latter option, so I'd stick with the first approach.

Honestly, I cringe a little bit every time I'm referred to as a “mobility guy.” I’m a performance guy and I’ll use whatever tools I have at my disposal to achieve that. In this case, those tools are primarily stability and movement—and rarely “stretching.”

It isn't that I have an issue with mobility work or what the “mobility guys” say. It's how I see people applying it in the gym. There is a time and place for mobility work. I noted some examples above. If someone has tight hips and knots in his legs, I’ll be assigning him mobility work and foam rolling—but not before squatting.

Mobility work will help achieve proper joint centration, but as noted, it has some negative effects. You don’t want to be able to do ATG squats with 135 pounds if you're warming up for a 900-pound squat. You want some damn specific tightness. You also don’t want to spend 45 minutes relaxing on a foam roller rolling around on the floor. It doesn't prep the body or the mind for what’s coming. And if you want to talk training efficiency, once you're done with all your rolling around, you still have to begin actual warm ups instead of just doing movement-based drills with weight to begin with. 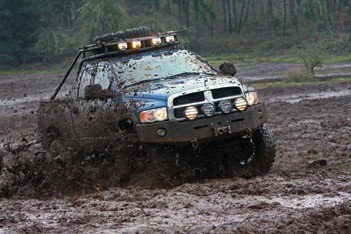 Chris Duffin hitting two-foot deep ruts at 60 mph for a Spike TV commercial with his custom designed and fabricated suspension and steering.

This is why I cringe when I hear that I’m a mobility guy. I don’t want people thinking that I’m supporting what I see happening in gyms all the time with people spending 45 minutes rolling around on the floor and 30 minutes actually training. As a performance guy, I want you to excel, which means that I want you doing a warm up that physically and mentally prepares you for your training session. And I want you to do it in the most efficient manner possible so that you can actually focus on your training while still performing to the maximum with your body firing correctly and your central nervous system not detuning your engine.

Let's climb in the driver seat of that car with a performance-tuned suspension (proper IAP and muscles integrated and firing correctly) and a set of tires that will connect that power to the ground (proper, solid, soled shoes) and put the fucking pedal to the floor!